Do you have questions about history, archives?

Log in to ask questions about history, archives publicly or anonymously.

Hector Jaime AcunaStaff Member
Reporter Herald-Review Media
Posted 3 months ago
"Hi guys, it's me!" is probably not the way our publisher would want a video introduced.

It's me, reporter for Herald/Review media, roving the county assisting writers with imagery and finding stories of my own. It's like, like, well, like months since I started here. I've met some amazing people and heard some cool stories.

Hey, did you know Billy the Kid killed his first person right here in Cochise county? I didn't.

I learned this while on assignment with Karen Schaffner who is working on a Heritage Festival project. Check out video of what I learned. The ranchers is owner of O Bar O Ranch Tim Robinson.

Liked by Summer Hom and 3 others

Jennifer SorensonStaff Member
Publisher
Posted 6 months ago
The Polar Pie Craze of 1922 The Bisbee Daily Review in 1922 had six pages in each edition and was filled primarily with national and world news that came across the Associated Press wire which was founded on May 22, 1846. The Herald/Review is one of few community news sources that still subscribes to the AP today to provide national and world news as well as national and regional sports. The following headline and article are as they read on Sunday, February 5, 1922: ‘Polar Pie’ Craze Hits Bisbee With Demand Increasing “Polar Pie,” the new confection that is taking the country by storm, is now being manufactured and sold in the Warren District. And if the demand increases as steadily within the next few weeks as it has in the past few days the production of “Polar Pie” bids fair to rival the production of copper. What is “Polar Pie?” That’s a secret. How are they made? That’s another secret. In fact, it’s so great a secret that McWhorter’s of this city had to pay a cool $1000 for the formula and license to make this patented confection. The inventor of “Polar Pie” is said to have cleaned up a fortune during the last few months. And, to make it more romantic, he was all but “dead broke” when he first invented the new confection. Every Big city in the country from Skowhegan, Maine to Chula Vista, California, now has its “Polar Pie” factories. In Bisbee the “pies,” only... (More) 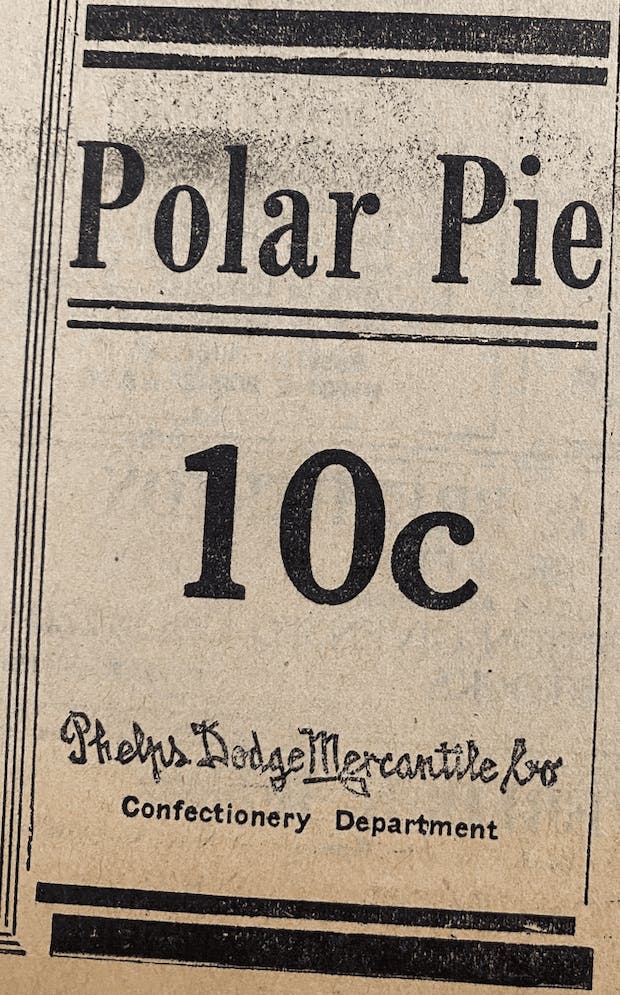 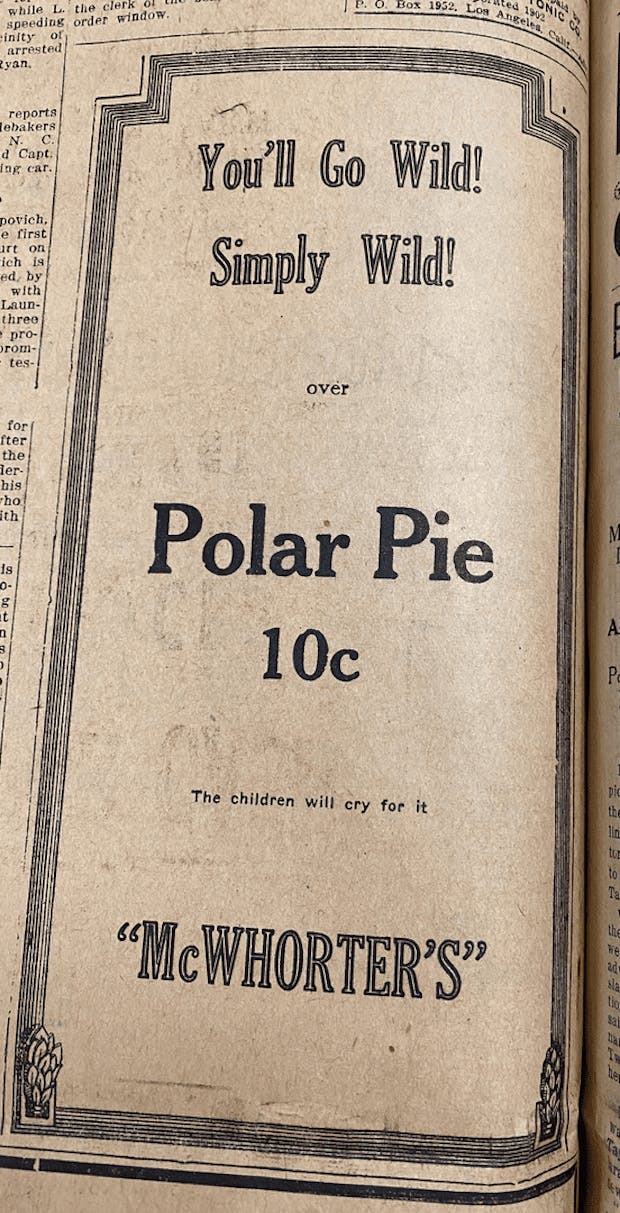 Liked by Wendee Grinde and 2 others